Mauna Kea is the tallest mountain in the world, if measured from the seafloor.  What you see is what is visible to us, the often snow-capped peaks, the sloping land down to Hilo Bay, the winding roads going up the saddle and up the mountain.  What you don’t see is the huge base, hidden away, underwater.  In 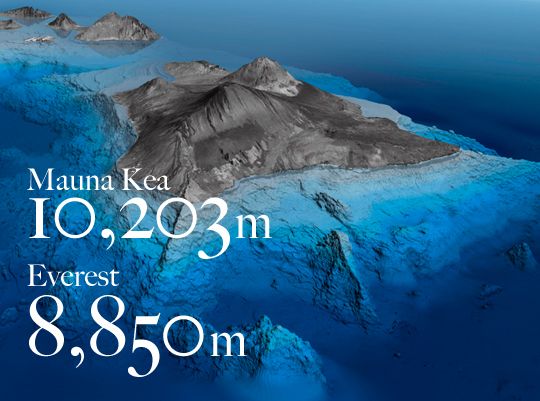 fact you’d have to go pretty deep and pretty far away to actually see the immense nature of this mountain.  This makes it the perfect metaphor for what is happening right now in Hawaii.

Today, as they have been for awhile now, there are people on top of Mauna Kea blocking the access road,  protecting their mountain from further development.  We see them there chaining themselves to the cattle grates, chanting, singing.  We see them on the news as part of a “conflict” or in the newspaper being labeled “protestors.”  We see them on the streets of Honolulu, standing where they are, where they can be, chanting and singing and showing their support.  This is just like the Mauna itself, the visible portion, what we can see, what they want us to see.

What we don’t see is the huge underlying support structure, the base of these activities.  Where does it come from and how deep does it go.  You might be surprised to see that just as Mauna Kea is taller than Chomolungma (the original Tibetan name for Mt. Everest), this “movement” and “protest” is a lot bigger than what you are being shown.

Many are labeling this as a Hawaiian vs telscopes, culture vs science, or natives vs haole.  It is, but its not.  You see, just like Mauna Kea has this large hidden base, so does Hawaiian culture and language.  The kaona is the hidden meaning or deeper reference that isn’t always right in front of you.  While it looks like Hawaiians are against the telescope, take a look a bit deeper.  Go beyond the visual horizon, take a step back and see the bigger picture.

Hawaiians aren’t against exploring the universe and finding answers to some of humanity’s greatest questions.  Hawaiians used traditional wayfinding (including astronomy and oceanography) to explore their world, agriculture and engineering to shape their home, and biology, botany and medicine to feed and take care of their people.  Science and discovery isn’t new to Hawaiians and they aren’t opposed to it either.  But, if you look at the deeper issue, its not about the science.

While the media, the developers, and the university try to keep the issue at a surface level view with labeling it as an attack on science, all they are presenting you is the snow-capped peaks.  The real issue lies below and beyond Keaukaha.  At the sea floor, you will see the real issue is rooted to the ground and grown from the overthrow of the Hawaiian Kingdom, the suffering of Kupuna not being allowed to speak their own language during the republic and territorial years, and ultimately statehood.  But that is only the base of our Mauna.

Come up a few hundred fathoms and you start to see more.  You see Hawaiian people forced to move from the Lo’i to teaching tourists to surf in Waikiki.  You see the destruction of houses on Mokauea.  You see the continual bombing of Kahoolawe.  You see the building of the H3 freeway and blasting holes through the Koolaus. 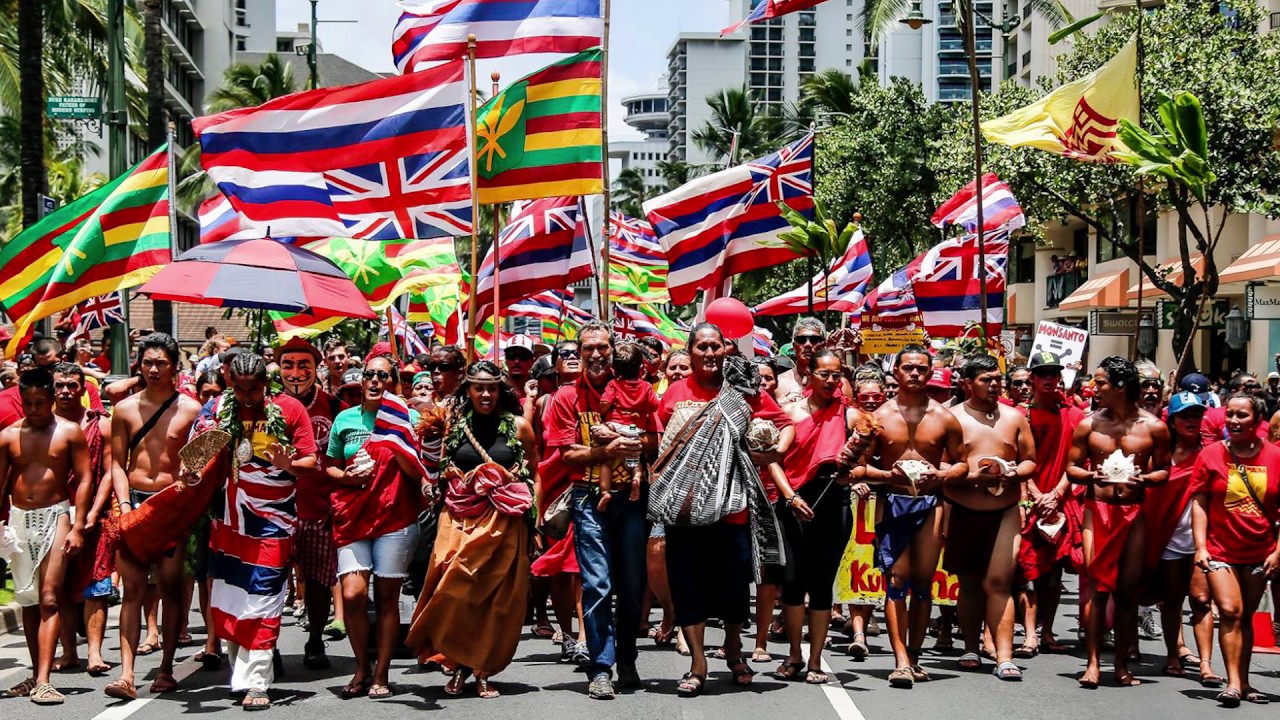 Ascend even higher and you start to see all those issues that are right below the surface: houseless Hawaiians, eroded native rights, copyrighting Olelo Hawaii for profit, drugs, diabetes, cultural appropriation, etc.  Right there, at or below the surface, you see people who are starting to become strangers in their own land as their culture is used for profit, appropriated by those who have the money and power to always take and not give back and when questioned about it, the people get thrown back at them with “where’s the Aloha?”  Where is the aloha indeed.

The struggle of Ku Kiai Mauna and Aloha Aina is not a new thing.  Its been with us all along.  Look deeper to find what the struggle is that the Hawaiian people, and really all of the people of Hawaii are going through.  It is not my intent to provide all of that background information on why Hawaiians are opposing the construction of the Thirty-Meter Telescope.  That information is out there and written up by folks much more informed than I am, so I encourage you to seek it out and read it for yourself.  Read up on both sides, do some critical thinking, and come to a decision that is right for you and your ohana and one that you can defend.

For me, I’ve done my research but I took the time to write this because today my na’au aches for our Hawaii people.  Both those being arrested and those that have to do the arresting.  For those Hawaii people that are on the supporting and opposing sides.  We all love Hawaii, because lets face it, we wouldn’t be here otherwise.  The hurt comes from the ignorance of what is going on and believing the propaganda being put out there without truly taking the time to think critically, look at the big picture, and make a decision for yourself.  This goes for both sides.

Only then will you discover the kaona and see that the people at the top of the mountain are running out of space.  Keep going higher and there will be less and less people, less and less Hawaiians.  These issues, starting at its base, is coming to its peak, both metaphorically and literally.  How much more can we take? should we take?  How much more can or should Mauna Kea take?  When is enough, enough?  Right here.  Right now.

Ku Kiai Mauna a me aloha kekahi i kekahi

This site uses Akismet to reduce spam. Learn how your comment data is processed.